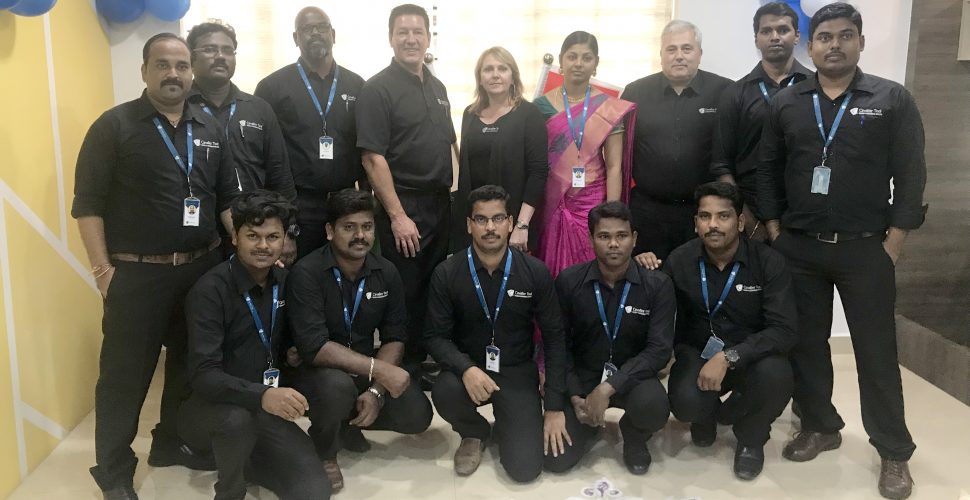 Design House In India: Thinking Outside the Box

What started out as an abstract idea in 2017- “Support to Engineering “- has allowed Cavalier Tool to continue to grow and better service all clients.

That support office in India just celebrated a one-year anniversary and expands Cavalier’s ability to deliver on its promise to design and build a quality mold, on time and at a competitive price.

With tool design – often the perpetual bottleneck in our industry and hamstringing the company’s growth- Cavalier President Brian Bendig was not satisfied with access to enough skilled designers.  Using local, and sometimes not so local, design resources to accommodate the spikes in business was just not good enough.  And certainly not meeting Cavalier’s commitment to continuous improvement.

Bendig’s message was simple: “Think outside the box.” The execution took brainpower and reaching out to build relationships.

Design was definitely the bottleneck – not customers, machines or skilled trades.

In 2017 Cavalier connected with a design firm out of India with North American offices. While things were moving forward well – Cavalier knew they could improve further.  A few months in, Bendig decided to set up a single, dedicated point of contact within Cavalier to direct efforts in India. Enter Adrian Dixon: a native of the United Kingdom where he learned the trade and subsequently emigrated to Canada to pursue his career, Dixon had spent the last decade running design and build resources in both India and China and was contemplating moving back to Canada. Joining the Cavalier team was an opportunity to return to his adopted home while utilizing his accumulated knowledge of offshore resources.

It was a “match made in heaven”.

By early 2018 it was working so well, Dixon and Cavalier’s Engineering Manager Chris Vander Park, successfully launched Cavalier Tool Design India (CTI).  Bendig knew his team would deliver – they understood what needed to be done!

This design house, owned by Cavalier, is run with Cavalier employees and managed by Director Vijay Kumar.  The India office – CTI – is now run through the newly created “Support to Engineering” department headed by Dixon.

Fast forward to September 2018 when Dixon, Bendig and General Manager Brenda Quint were proud to celebrate the first birthday of CTI and the successes realized on a trip to India.

“It is great to celebrate this milestone with our extended family in India” says Quint during their visit to the facility in Chennai.  “We know our design team in India has not only highly skilled designers but also designers committed to the Cavalier way of doing business.”

Bendig is no stranger to success and admits this process was not an easy one. But was it worth it?

“ABSOLUTELY!” says Bendig. “Cavalier Tool Design India is part of the family and their dedication to the team effort has resulted in a huge improvement in both process and quality.  We live by doing it right the first time and doing it better tomorrow.”